You know those awkward days between Christmas and New Years when you’re just kinda lost and don’t know what to do? I knew better than to fool myself into thinking that I was going to be productive – we all know it was going to be spent binge watching some trashy TVs and eating junk. So a couple of friends and I decided to might as well get out of town, and here’s documenting our visit to the small cosy coastal town of Byron Bay, New South Wales.

If there are two things I love doing when traveling, is going on a roadtrip, and going to the waters. Both of which I got to do during this 3-day roadtrip I will take you through. We rented a car from Brisbane and slowly made our way to Byron Bay and made it to our first stop at the Famous Yatala Pies just in time for breakfast. I treated myself to their classic steak&mushroom pie and apple turnover, and just thinking about those pies got me low-key drooling right now, so let’s get a move on.

Our second stop along the way (about 100km south of Brisbane) was Springbrook National Park, located just before the border of New South Wales. After seeing tons of pictures of the park’s Natural Bridge from Google, you would expect the view to be no less than perfect. And after about a half an hour hike through a beautiful subtropical rainforest (it was even better after the rain), it’s safe to say that no pictures could do the place justice. Definitely one of the waterfalls to see when you visit Queensland, hands down.

After about an hour drive across the border, we checked into our accommodation, Two Birds & The Aviary. While far from the usual Airbnb gig I’d normally go for (a tent with a sleeping bag, a shared bathroom, and communal kitchen), I’m proud to say that I survived my first legit camping experience! I’m also really happy about the fact that the camping ground had direct access to Tallows Beach and is an easy roll in to town. 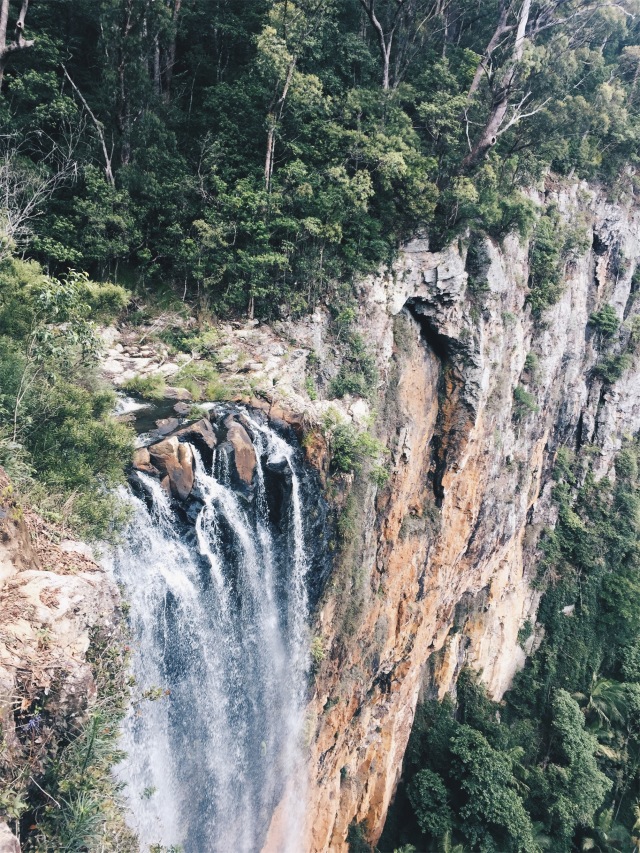 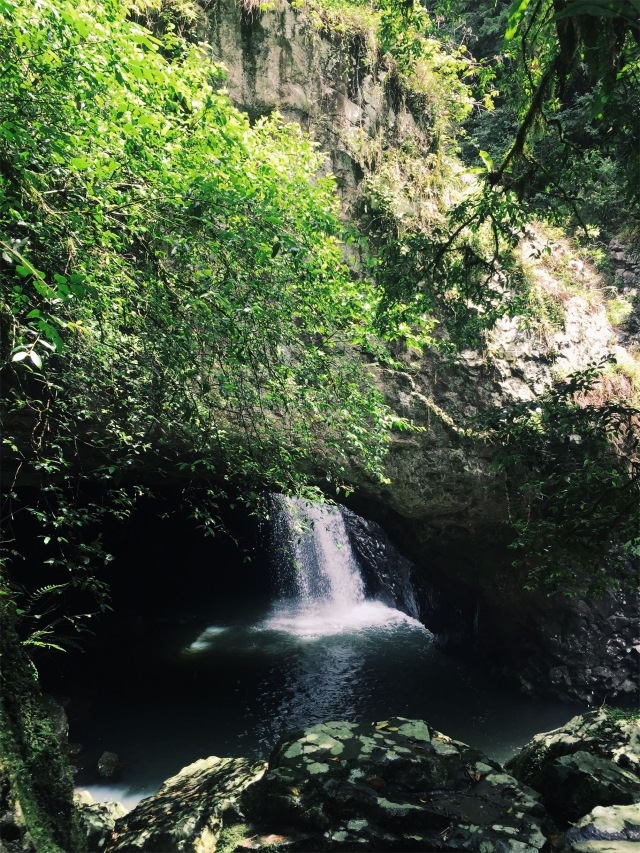 We started the day with an attempt to catch sunrise at Cape Byron (only to be greeted by rain), which is the most easterly point of mainland Australia and home to the iconic Cape Byron Lighthouse. Nestled in under the Lighthouse is the Wategos Beach, surrounded by stunning cliffs and crashing waves.

After breakfast, we were headed to Whites Beach, one of Byron’s hidden gems. Take note though, it was quite a struggle for us to get there. We had to travel down a dirt road that winds through the rainforest, our car broke down (God bless the people who stopped by to help jump start our car in the middle of nowhere), almost an hour spent on waiting due to limited parking spots, and trekked along a narrow path down to the beach.

But trust me, it’s worth sweat and sunburn. From white sands, crystal clear water and secluded rock pools, I’m so happy we didn’t give up when we had a million reasons to. We continued with lunch by the beach, a little stroll around town and ended the day in Main Beach, surrounded by live music, sunset, and my loved ones. 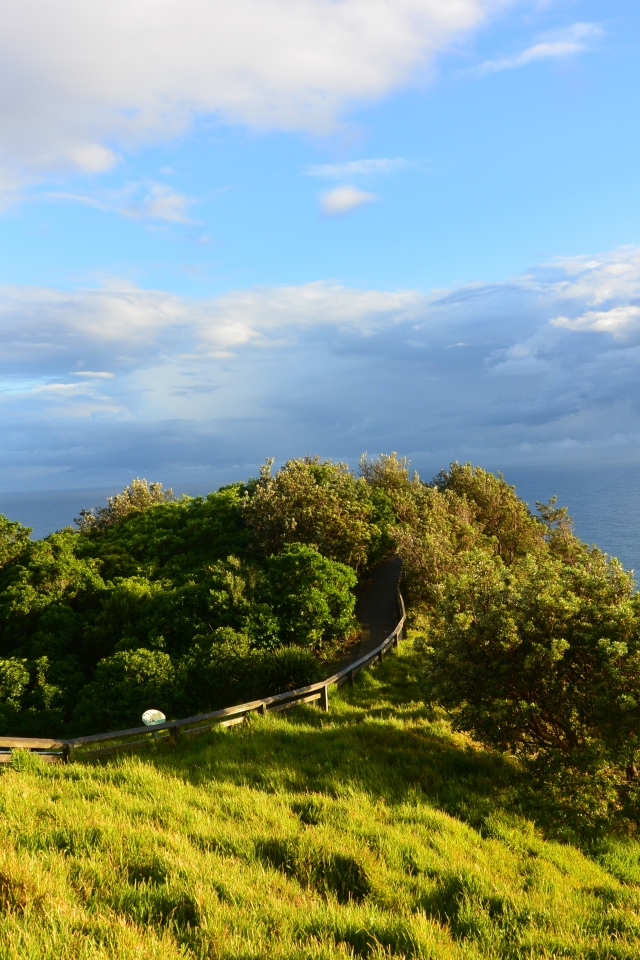 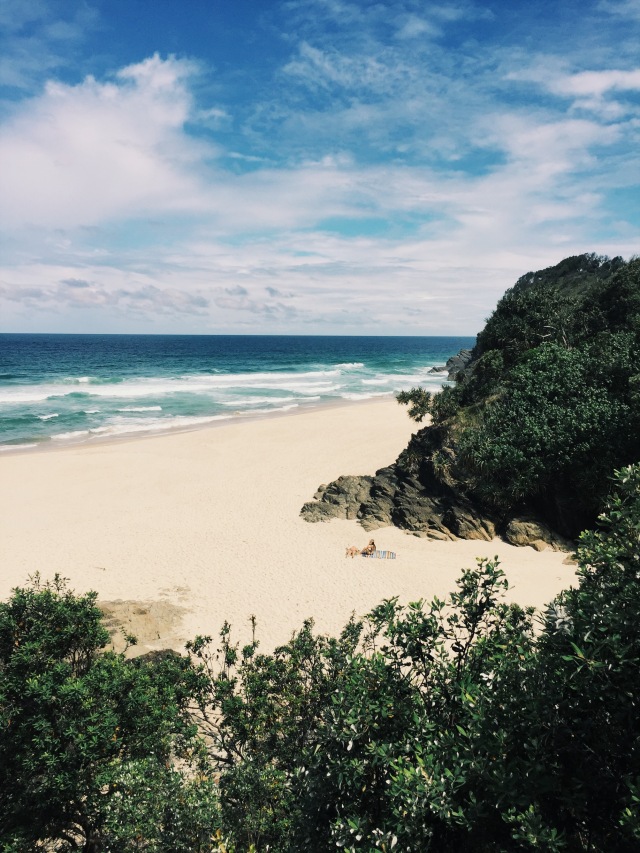 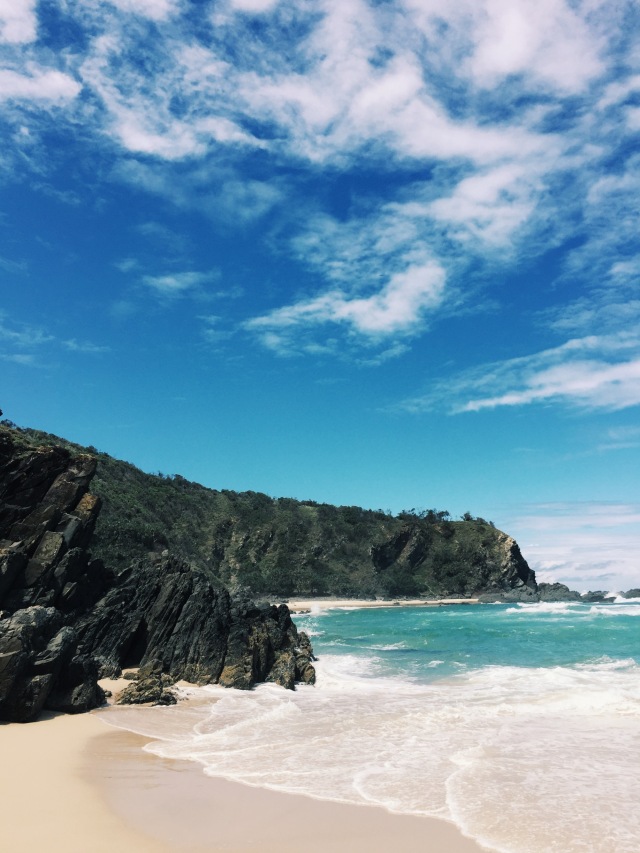 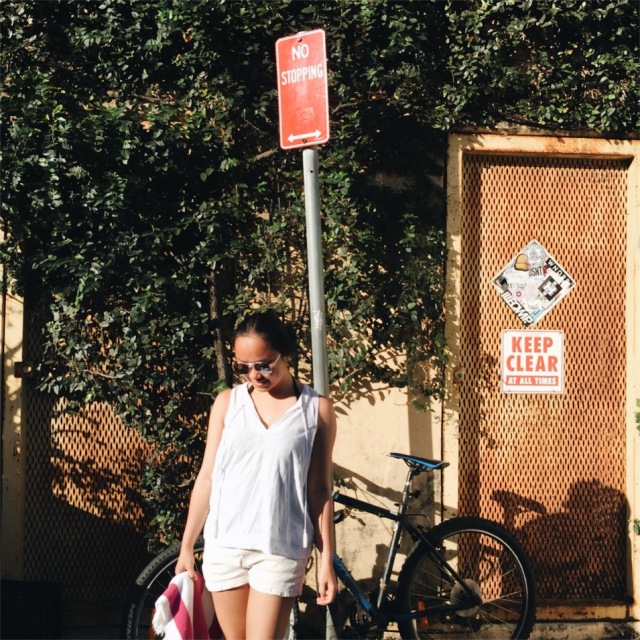 Not being much of an early riser, I’d make exception for a sunrise by the beach, because all the lack of sleep always pays off when Mother Nature puts on her finest show. The track from my camp to Tallow Beach itself is literally a path to paradise taken right out of Nicholas Sparks’ novel. While no sunrise will ever be the same, this one will forever remain one of my favorites.

We ended our trip with a short visit to The Farm, and if you know me, I’ve always had a soft spot for places like this one. From the sunflower plots, cattle-dotted fields, to their restaurant, produce store, bakery, and a florist, I couldn’t stop roaming around this rustic-themed oasis like a kid in a candy store. After grabbing some quick drinks and fish&chips, we drove back to Brisbane and shamelessly stopped at Yatala to bring some frozen pies home, again (it’s that good!). 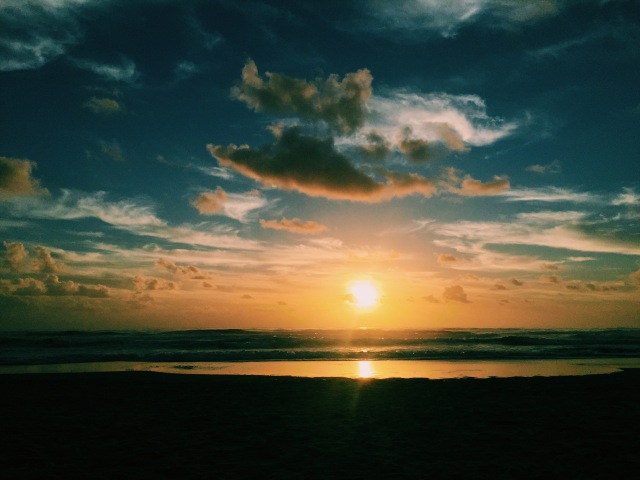 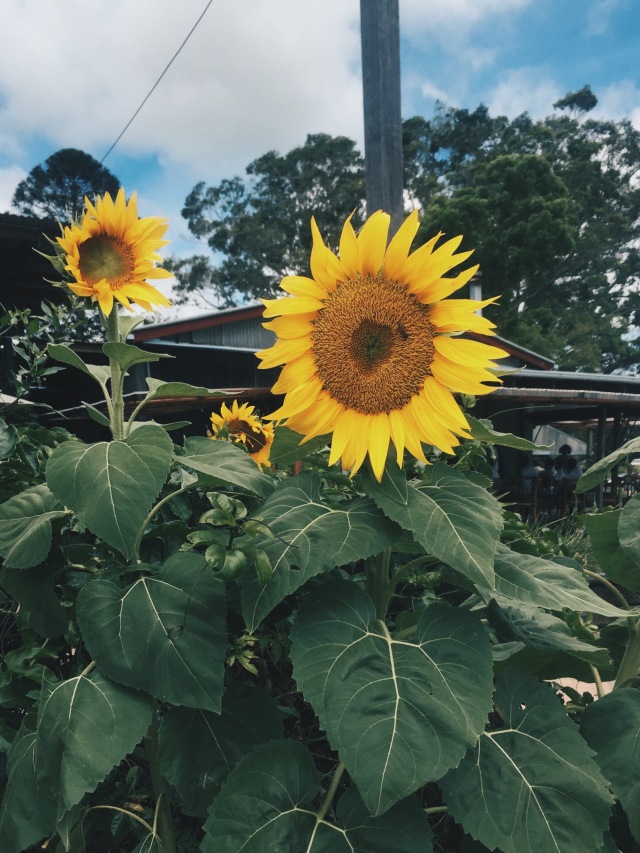 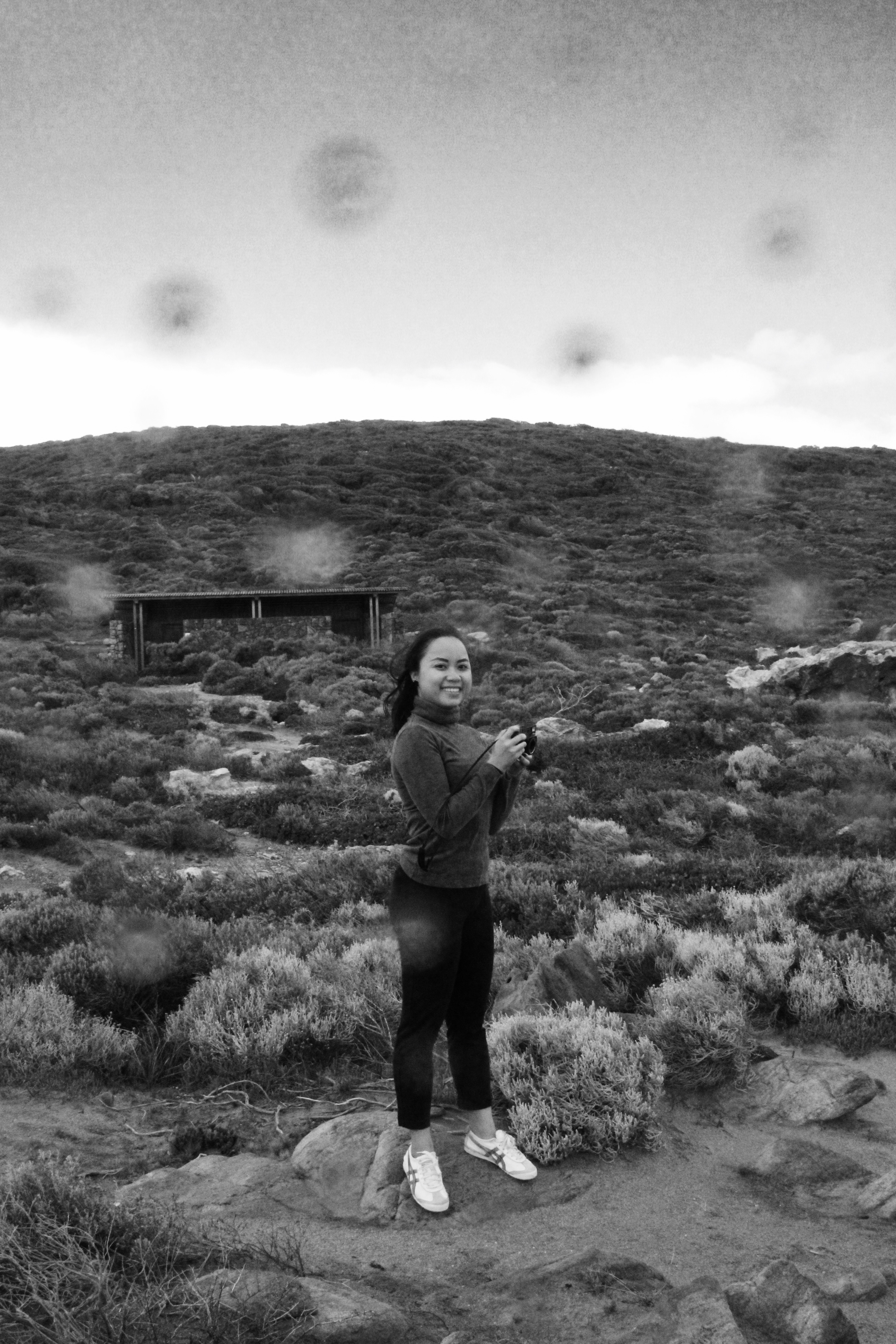 Welcome to Teapots and Lemonade!

It is written by me, Amanda, a chemical engineer who happens to impulsively bake, travel, and write. Also, a proud Indonesian that now calls Brisbane home.

This covers just about a little bit of everything from my daily encounters to my downright obsession with fudgy brownies and my constant cravings for new adventures.

It’s my little platform to celebrate little things in life and capture the world as we know it – affectionate, chaotic, but above all, fun.